A New Worry for Soccer Parents: Heading the Ball 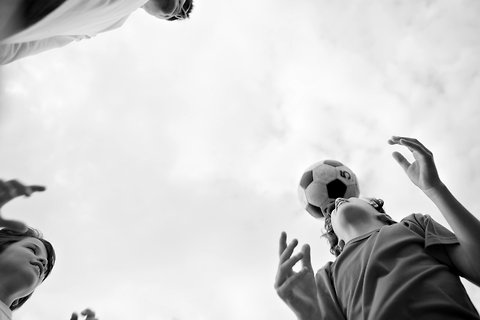 What happens inside the skull of a soccer player who repeatedly heads a soccer ball? That question motivated a provocative new study of the brains of experienced players that has prompted discussion and debate in the soccer community, and some anxiety among those of us with soccer-playing offspring.

For the study, researchers at the Albert Einstein College of Medicine in New York recruited 34 adults, men and women. All of the volunteers had played soccer since childhood and now competed year-round in adult soccer leagues. Each filled out a detailed questionnaire developed especially for this study to determine how many times they had headed a soccer ball in the previous year, as well as whether they had experienced any known concussions in the past.

The researchers found, according to data they presented at a Radiological Society of North America meeting last month, that the players who had headed the ball more than about 1,100 times in the previous 12 months showed significant loss of white matter in parts of their brains involved with memory, attention and the processing of visual information, compared with players who had headed the ball fewer times. (White matter is the brain’s communication wiring, the axons and other structures that relay messages between neurons.)

Read the full Article in The New York Times.